WHAT TO DO: Participate in the emerging Montage of Apology – for Mr.Maher Arar – Canadian Engineer, who survived disappearance and torture in Syria; he was “rendered” (by the US in 2002) at JFK airport and sent to Syria until his release.  Canada has formally apologized to Mr. Arar and his family. 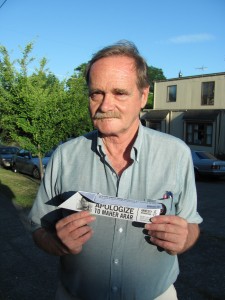 The USA needs to make formal apology and restitution, under the terms of the Convention On Torture, ratified by the USA in 1996. We can help with our on-going grassroots apology… .

WHO IS INVITED: Jim Page, UW Human Rights Center Faculty, media, YOU; several poets to share work of their own, or – OF name poets of witness (Neruda; Brutus; Espada; Forche, more -‘)