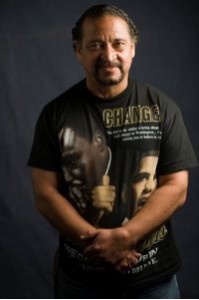 Juan Roberto Meléndez-Colón spent seventeen years, eight months and one day on Florida’s death row for a crime he did not commit. His story highlights the many problems that plague the death penalty system, including its high risk and inevitability of being imposed on the innocent, its unfair application on the basis of race and ethnicity and its almost exclusive imposition on our most vulnerable members of society—the poor.

Other cities Juan is speaking at in Washington include Bellingham, Tacoma, Olympia, Spokane and Walla Walla. For the full schedule see: http://www.abolishdeathpenalty.org/WCADPNews.htm
This entry was posted in Death Penalty and tagged "Juan Melendez", "Washington Coalition to Abolish the Death Penalty", Amnesty International. Bookmark the permalink.