Amnesty International Seattle will be hosting its second quarterly virtual Write for Rights event on September 25th. It’ll start at 6pm Seattle time. Please join us as we write letters from home (or wherever you’re attending the event from) in support of human rights. To learn more about Write for Rights, please click here. To register to join us on September 25th, please click here.

There’ll be seven cases in total: 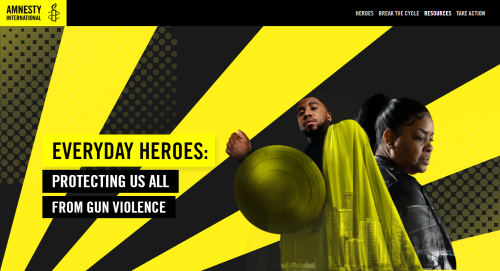 GUN VIOLENCE LEGISLATION
We’ll be writing letters to urge lawmakers to support the Break the Cycle of Violence Act (BCVA). The act allocates $150 million annually to community-based violence-intervention groups. Research has shown that this community-based approach is effective in reducing gun violence. 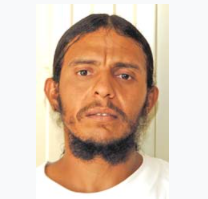 TOFFIQ AL-BIHANI
Toffiq has been a prisoner in Guantanamo Bay since February 7, 2003. He was never charged with a crime and was cleared for transfer in 2010. However, he’s still imprisoned in Guantanamo Bay.

ROCKY MYERS
Rocky has been on death row in Alabama for almost 3 decades. He was sentenced by an all-White jury to life without parole for the murder of his neighbor; however, the trial judge overrode this decision and imposed the death sentence – a practice that is now illegal. There was no physical evidence tying Rocky to the murder; and his appeals lawyer quit the case without warning. Rocky also suffers from an intellectual disability.

HOSAM KHALAF AND OLA AL-QARADAWI
Hosam and Ola are a married couple who have been imprisoned in Egypt for more than four years on unfounded charges. Their imprisonment may be retaliation against Ola’s father, a well-known Egyptian sheikh now living in Qatar, who was once connected with the Muslim Brotherhood, but is no longer involved with that group. This case was included in our June 26 virtual Write for Rights event, as well. Photo from freeolaandhosam.org 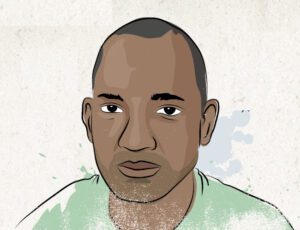 AHMED KABIR KISHORE
CARTOONIST, BANGLADESH
Ahmed Kabir Kishore was arrested and detained, along with writer Mushtaq Ahmed, for posting satirical cartoons on Facebook, as well as comments about the Bangladeshi government’s response to the COVID-19 pandemic. Mushtaq Ahmed died in custody and Kishore was tortured and is still facing charges. Hundreds of people, including musicians, students, photojournalists, and others are facing charges for what they have posted online under the Digital Securities Act. 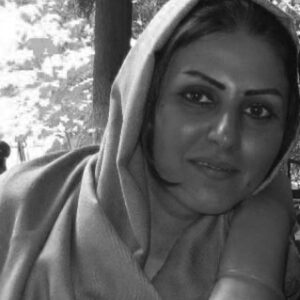 GOLROKH EBRAHIMI IRAEE
FICTION WRITER, IRAN
In 2015 Golrokh Ebrahimi Iraee was sentenced to six years in prison for writing a fictional story about the practice of stoning. Her sentence was reduced and she was subsequently released, only to be convicted again in 2019 and sentenced to an additional three years, seven months. 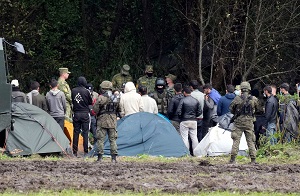 URGENT ACTION: PROTECT AFGHANS STRANDED AT POLISH BORDER (POLAND: UA 95.21)
September 2, 2021
32 Afghans are stuck at the Polish-Belarus border following pushbacks by Polish authorities to Belarus in August. They have been stranded for weeks without adequate shelter, food, water, and medical care. Polish and Belarusian border guards have kept them in a strip of land at the border, limiting their access to lawyers, humanitarian aid, and healthcare workers. While the European Court of Human Rights has ordered Poland to provide the group with food, water, clothing and adequate medical care, Polish authorities have so far failed to comply with this request. Instead of denying asylum-seekers entry and pushing them back to Belarus, Poland must immediately admit them into its territory, allow them to seek protection and urgently provide them with adequate shelter, food, water, and medical assistance.